A wireless microphone system comes in various shapes and sizes and… price tags. But if you want a professional, crisp sound of broadcast quality, then even an entry level system will give you superior sound quality compared to using only the video device’s output.

Not having any wires to trip over and the freedom to move around, make a wireless microphone system very popular with anybody who wants to record an audio moment.

Whether you are a home vlogger, or are on set, you’ll want to make sure the audio sound and video are perfectly synced, and sound is clean and crisp.

We compare 3 different wireless microphone systems by Sennheiser to help you decide which system might suit your needs. Sennheiser are known to be leaders in the world of sound experiences and they have great solutions from entry level audio equipment to professional broadcasting audio equipment.

The Sennheiser memory mic is the entry level audio solution which is very simple to set up and use. We find this solution is chosen a lot by vloggers, people that do home recordings, or people that are starting out on their professional audio careers. It’s perfect for pre recordings and for when there is only 1 person to record.

This audio solution works with a smart phone, which functions as the video recording device, and the memory mic, which is the audio solution. No further controls can be added, nor are they needed.

When you use only your phone to shoot the video you cannot be too far away from the smart phone’s audio input thus impeding your recording reach and quality.

The Sennheiser Memory Mic connects to your phone via Bluetooth and is controlled with an App which is compatible with both iOS and Android. A magnetic clip attaches the white microphone onto your subject, or yourself, and the mic starts recording up to 4 hours of your moment or event.

Because the audio is recorded on the memory mic (and not on your phone) you never have to worry about getting out of range, or compromising audio quality, depth and context when you move too far away from the video. The app software will take care of the rest and will ensure the video and audio are perfectly synced.  The small omni-directional mic ensures the end result is clean, crisp and broadcast-quality audio (16Bit, 48K). All whilst using your smart phone.

Note that this device has an internal battery that is charged with a USB cable. 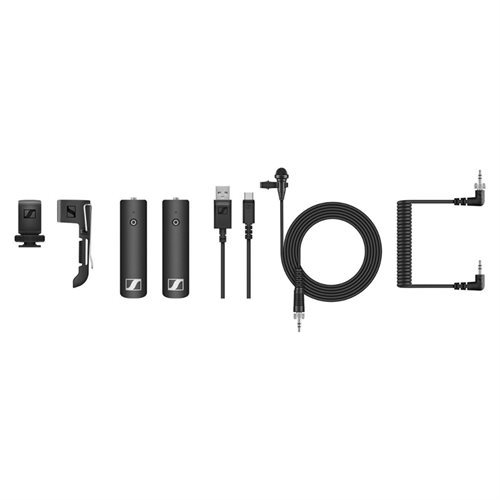 The next level up is the Sennheiser XSW-D. This is what is called a lavalier kit. Lavalier a.k.a lapel microphone.

This is a step up from the Memory Mic into the Sennheiser 2.4MHz digital range, which makes for a super easy plug & play setup. It has a wider application appeal and is perfect for those starting out in video production and for stepping up to record multiple people, journalists or musicians.

This wireless microphone has a transmitter and receiver which allows for more control as separate syncing is no longer needed, as with the Memory mic. It has the ability to be connected to a mixer to allow your crew to adjust audio levels per mic.

Another vital difference is that with the XSW-D you are no longer limited to only pre-recordings like with the Memory Mic. You can use this wireless microphone for live streaming and live production situations.

Nobody likes cables so the Sennheiser XSW-D is a cable replacement technology for the audio world. If the small lapel mic is not suitable for your needs, you could even incorporate a dynamic microphone into your wireless system.

The XSW-D is also very easy to use and set up. The mic via its small clip, is inconspicuously clipped onto a shirt and a cord connects the mic to the transmitter which can be hidden in a (back) pocket. The transmitter can send the audio to the receiver, up to 75 metres in ideal conditions.

The receiver can be clipped onto the video recording device and wirelessly connects to the transmitter in your pocket. Thus, the audio can be sent to your camera, mixer &/or recording device.

You’ll have about 5 hours of operational time with the XSW-D wireless audio system. Like the memory mic, the battery is internal and requires charging via USB-C. But if you have a power bank on hand, you can charge and use simultaneously. 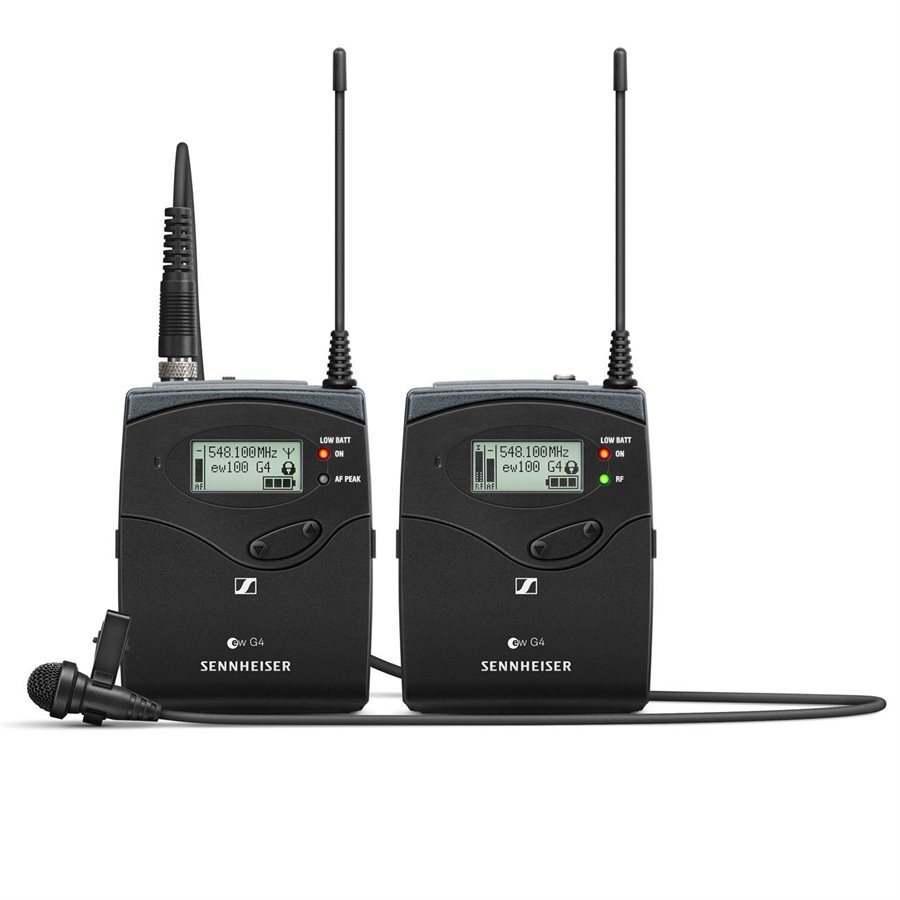 The Sennheiser Evolution series is the full professional kit.

This wireless audio solution is best suited to corporate, TV, live productions or outdoor events. It has many different frequencies and allows for large groups of people and devices to be connected and controlled.

Like the other two products, the Sennheiser Evolution series is also a portable wireless lapel system. A small, discreet, omni-directional mic is clipped onto a shirt or pocket and a cord connects it to a transmitter which can be stowed away.

Professional doesn’t mean difficult and set up is super easy. The receiver searches for frequencies in your area, so every time you arrive in a new place you run the quick set up to choose from the frequency with the least amount of interference. Then you can sync to your transmitter by keeping them close together. This ensures they are both on the same frequency.

With the Sennheiser Evolution series your range can be up to 100 metres away from the receiver to still maintain superb audio quality. Also, you could run up to 32 channels in parallel and there is no interference from each of the other systems, which is particularly useful on larger sets.

You can add mixers, mixings desks and control the levels of each mic.

There are also many microphone & transmitter options available to further enhance the versatility of the EW series.

Both transmitter and receiver use double AA batteries which last up to 8 hours. For those that cannot work with devices that have built in batteries with UCB-C cables, this might be a better solution.