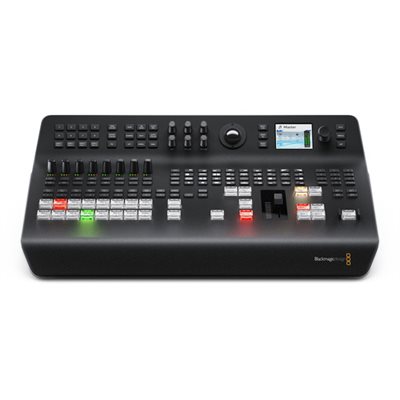 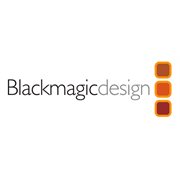 The Blackmagic Design ATEM Television Studio Pro 4K is a UHD 4K-compatible, 8-input live production switcher with an integrated control panel, suitable for broadcast, sports, web, and A/V productions. This versatile switcher's eight independent 12G-SDI inputs accept all popular HD and UHD signals up to 2160p60. A re-syncing feature on each input enables you to seamlessly use an amalgam of pro and consumer cameras, game consoles, and computer feeds.

Multiview output is available for all eight channel, via HDMI or SDI, complete with tally, labeling, audio metering, and safe-area marking. A talkback function is available for director/operator communication with compatible cameras. The integrated Fairlight audio mixer features six-band parametric EQ, compression, limiting, and stereo simulation on analog and mic inputs. Mix solely from the panel, or use the multitrack interface on your Mac or Windows PC. Use the auxiliary output port to send your switched program or clean feed to a large-scale screen or other display.